Look… A Squirrel! Focus and distractions in the workplace 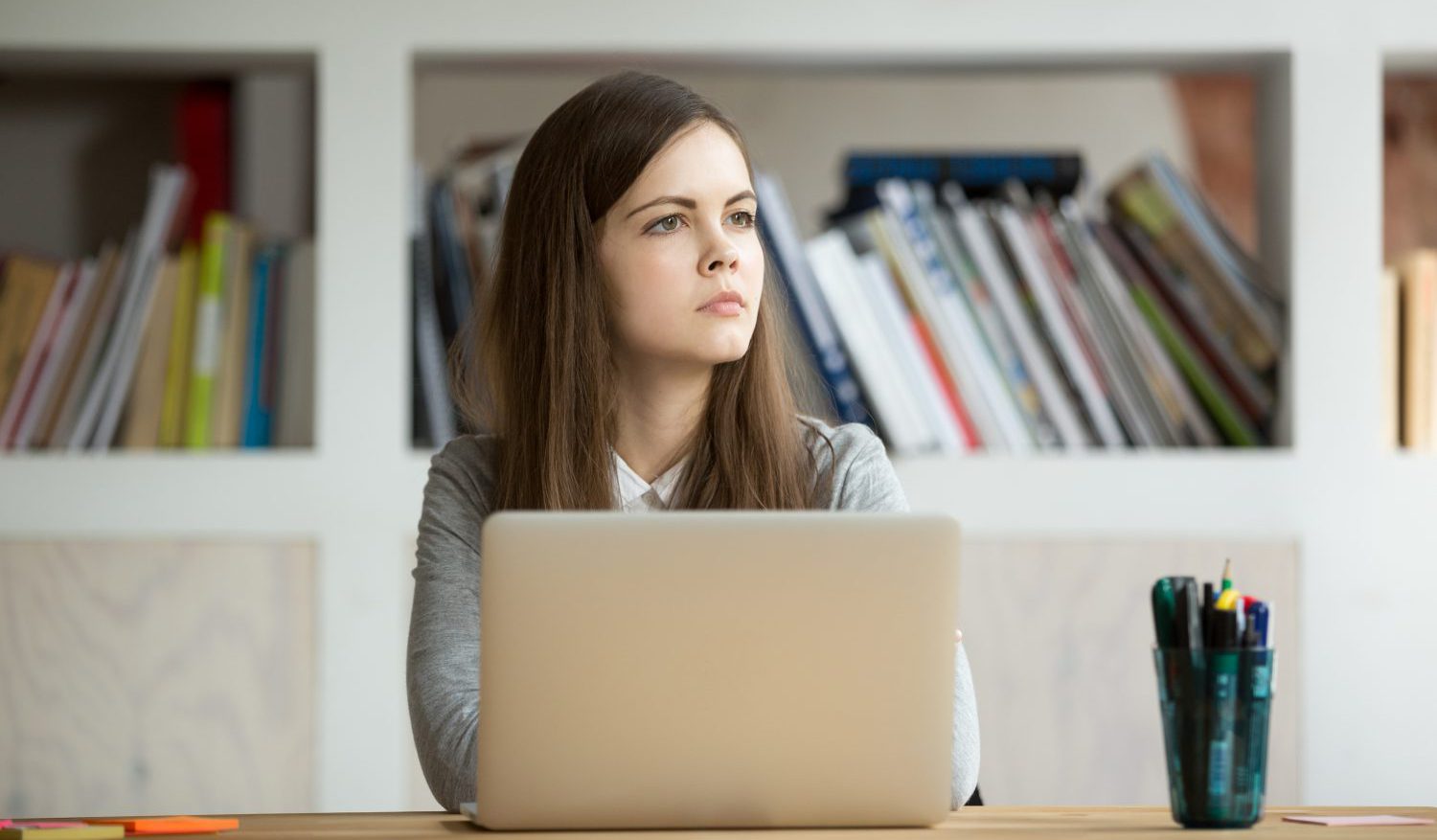 Distractions. An alert on your laptop reminds you of a video conference in 15 minutes. Your co-worker gestures he or she needs to talk to you just for one small minute. An email with a big red exclamation point flashes on the screen. Your smartwatch tells you it is time to stand up. A text comes from daycare accompanied by a picture of your reason for living. You then suddenly realize you haven’t been paying attention to the meeting you’re already in and that someone has just asked you a pointed question.

Multiple opportunities for distraction flood the workplace. An influx of technological accessibility coupled with daily acoustic and visual disruptions can leave a worker feeling as if they can never really focus. This is particularly true in ‘open office’ environments where enhanced accessibility makes people feel unable to hide-in-plain-sight and avoid the diversions that detract from their ability to focus.

Maybe you’re one of the few who’ve been lucky enough to find a dark little corner to focus free of disruption. If your job requires a high level of cognitive focus, you might be burning yourself out if you stay too long in task mode. A little positive distraction might help reset your mind. Designers who understand the need for both and how to balance them can create workplace environments that support the future of work and, at the same time, attract and retain the talent who will propel organizational success.

In its 2010 International Workplace Productivity Survey, LexisNexis revealed that “On average, workers report spending slightly more than half (51%) of their work day receiving and managing information, rather than actually using the information to do their jobs.” Now, almost a decade later, the amount and speed of information continue to grow along with the distractions. Many markets are driving towards tasks that require a higher cognitive focus that modern workplaces don’t allow.

Time for a Serious Re-Evaluation

A 2017 New Yorker article outlining a review of “nouveau” open office workplace design, stated that “the benefits in building camaraderie simply mask the negative effects on work performance. While employees feel like they’re part of a laid-back, innovative enterprise, the environment ultimately damages workers’ attention spans, productivity, creative thinking, and satisfaction. Furthermore, a sense of privacy boosts job performance, while the opposite can cause feelings of helplessness.”

Despite the initial enthusiasm, the perceived advantages of the open office concept are being reevaluated. A growing number of companies now believe their zeal for the concept was a bit excessive. The reason is that in this setting workers feel less productive because they can’t concentrate without disruption. In some cases, they are still actually delivering poor quality results at a serious cost to their health. A study?The Cost of Interrupted Work: More Speed and Stress?compiled by researchers Daniela Gudith and Ulrich Klocke at Humboldt University in Berlin found that “people compensate for interruptions by working faster, but this comes at a price: experiencing more stress, higher frustration, time pressure, and effort.” The increase in stress can have a direct impact on an employee’s desire to stay with an organization.

The Complexity of Distraction

Are all distractions bad? No. A research study gave three test groups the same task of creating new pasta names within a specified amount of time. The 2006 study?Where Creativity Resides: The Generative Power of Unconscious Thought,”?by ApDijksterhuis &TeunMeurs of the University of Amsterdam, directed Group One to start immediately after instructions and Group Two was given three minutes to think about it first. Group Three was given instructions, then immediately distracted for three minutes with a simple, enjoyable computer game.  Group Two and Three not only outperformed Group One, but Group Three produced almost as many solutions as Group Two but with more creativity and divergent thinking in their answers.

So, what’s going on in our heads? The human brain has three networks. The first, the Executive Control Network, is responsible for attentional control, working memory, cognitive flexibility, and other task focused duties. The second, the Salience Network, identifies and filters stimuli like visual and auditory distractions. These two networks are responsible for the accomplishment of most day-to-day tasks. They help us write emails, focus on meetings, problem-solve, and make better decisions.

But they can only keep up those jobs for so long before we hit a wall of mental fatigue. That tends to happen after about four to five hours in an ideal environment—one with minimal distractions. If, however, you’re surrounded by conversations where you can pick out each word, it will happen sooner than later. Your brain needs a reset.

The Third System, the Default Mode Network, is the “reset” network. It turns out when we aren’t doing anything, caught in a daydream or reverie, our mind is anything but idle. This network facilitates creativity, memory, and problem-solving. It lets us understand our day and allows us to plan for the future. Creating an environment that allows all three networks time to do what they do can optimize employee satisfaction, well-being, and performance.

One solution to the perils of distraction is activity-based office design. This model creates a productive workplace environment. It balances the business drivers propelling the success of the organization with the needs of people by considering individual work styles, workplace dynamics and organizational culture. Also, it leads to the ultimate driver: choice.

In its simplicity, activity-based office design fashions a workplace that responds to the work style preference of employees with places that allow for focus, collaboration, celebration, and creativity. Space can be separate or integrated based on how the organization best operates. In this way, when workers find themselves distracted, they have somewhere they can go, whether it is a small closed room or an area where the behavioral expectation is “do not disturb.”

Some companies like New York-headquartered investment banker and financial services company, J.P Morgan Chase, offer their employees separate quiet spaces where they can work undisturbed and ‘concentration zones’ or high-backed work stations that reduce noise distractions and signal a need for seclusion.

To Watch the Squirrel or Not…

Distractions are the number one complaint in open office environments. This condition is exacerbated by an increasing dependence on cell phones and the need for instant communication. Moreover, it leads to an almost Pavlovian response to any call for interaction that stimulates the senses. But eliminating all distractions could have a negative effect on creativity. Creating environments with more choice of space will allow more opportunities for collaboration, innovation, and personal development.

The next time you look out and see a squirrel skitter across the window sill, let yourself be diverted for a little while. It may actually help you solve the very problem from which you’re being distracted. If the noise gets to be too much that you can’t even focus, consider getting up and go look for some squirrels until your focus returns. 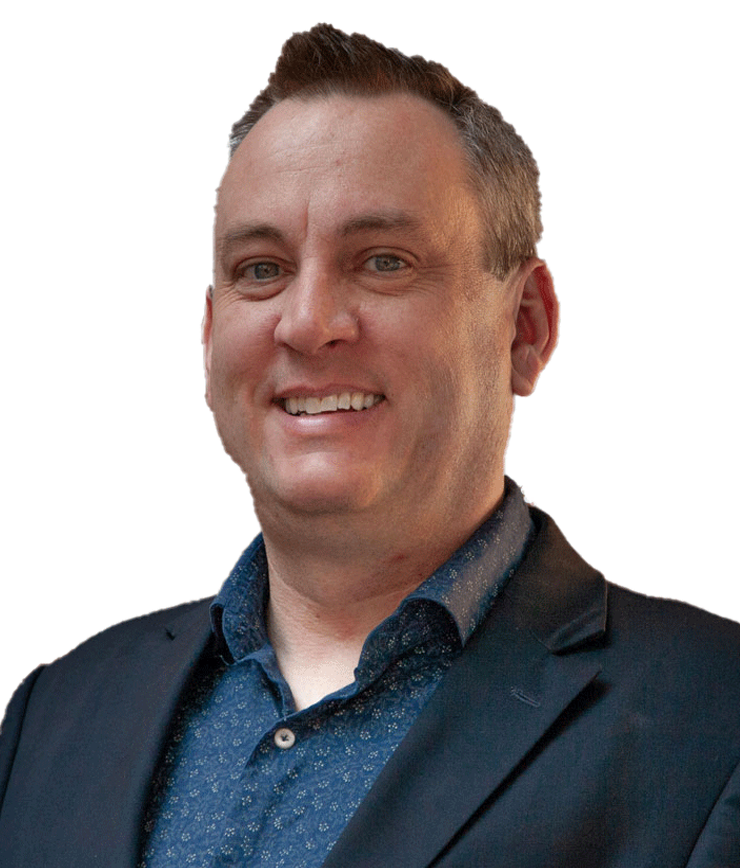 Brian’s energetic and passionate personality facilitates a strong connection with his clients and keeps him in tune with their vision, which is key to BHDP’s design strategy. His commitment to front-end strategic engagements allow him to better understand a client’s business drivers, workplace organizational culture and workplace dynamics–ultimately priming a project for success. Brian ensures that this success continues even after a project is finished; he is Prosci Change Management Certified, giving him solid expertise when guiding clients through the workplace change. Brian’s well-rounded qualifications and diverse architectural background guarantee that every project produces long-standing results.