An Overview of Hazardous Exhaust Ductwork Construction and Material Selection

Constructing ductwork and fume hoods that safely remove hazardous exhaust is an underappreciated challenge. Part of the reason is because there is minimal guidance available for this process, including appropriate materials selection. As a result, laboratory professionals need more direction to help protect people and the environment.

When selecting ductwork material, a critical consideration is the characteristics of the effluent that will be extracted. Effluent can be divided into organic and inorganic classifications and is delivered through ductwork as vapors, fumes, chemical gases, particulate matter, or smoke. The qualitative nature of effluent is categorized as an acid, a base, a solvent, or an oil. Once within the exhaust system, effluent is exposed to valves, dampers, connections, fan blades and connectors, fan motors (depending on configuration), equipment housings, sensors, and other electronic components. Depending on the materials and the concentration of effluent, degradation and failure of the system or its components could occur.

Failure of system components occurs through one or a combination of three methods: corrosion, dissolution, or melting. Corrosion, the most common, destroys metal by causing a chemical or electrochemical action. Minimizing its impact is key to the longevity of the system. Dissolution negatively affects surfaces by attacking plastics and coatings. Melting dissolves plastics and coating through excessive and prolonged temperatures. A failure of plastics or coatings through dissolution or melting exposes the base metal underneath, allowing for corrosion of the base metal.

It is important not only for the corrosive or caustic nature of hazardous effluent to be identified, but to be understood in terms of its effect on the material surface. The impact that effluent will have on the system fluctuates considerably based on several factors, including:

In addition to the corrosive or caustic nature of exhausted effluent, other characteristics that influence the selection of duct material are:

The volume of exhaust flow and its velocity are also important. Lower velocities do not move potentially corrosive effluent as quickly, providing more opportunity for settling, especially in horizontal runs, directional changes, and transitions. Round ductwork velocity is more uniform and has minimal potential eddies or recirculation present as does rectangular duct. When velocities increase, frictional losses and associated fan energy also increase. A 40% increase in duct velocity will double the pressure drop and increase the fan energy associated with that section by nearly three times. The best approach is to balance duct velocity and fan power.

In most cases, velocities should be no lower than 500 feet per minute (FPM) for proper effluent movement. An upper limit of velocities in main system ducts is approximately 2,500 FPM based on considerations for static pressure, energy, and sound. Most of the focus on velocities is for design condition, but most of the system’s lifespan is spent at a much lower condition. For example, a range of 500-2,500 FPM results in a turndown ratio of up to 5:1 on a variable air volume system. A system sized in this manner can operate down to 20% of its design airflow while maintaining the minimum 500 FPM velocity.

Attention to duct velocities is not limited to the design of maximum flow conditions. Most modern designs implement variable air volume (VAV) control schemes. The system designer must consider velocities throughout the system’s airflow range and strike a balance between high velocities (frictional/energy losses) at maximum flow and low velocities at minimum flow. A velocity range of 500-2,500 FPM produces a turndown ratio of up to 5:1. Experience indicates that this is usually adequate for VAV fume hoods and other typical end-use devices.

Appropriate duct sizing and velocity largely depend upon the nature of effluent, duct type, and potential for contaminant deposition. Duct velocities and configurations should be designed to prevent the settling and accumulation of particulates and dry aerosols.

Fume hood ductwork is generally constructed of stainless steel and G90 galvanized metal. Per the American National Standards Institute (ANSI) Code Z9.5, an analysis of the chemicals to be exhausted must be completed with the material selected based on resistance to the primary corrosive element. This is often difficult to assess during facility planning, design, and construction, but it is practically guaranteed that both chemical type and quantity will change over time. As such, many organizations install the most corrosive-resistant system available. An understanding of the materials’ qualities, however, will help determine the best and most cost-efficient products.

Materials used in each exhaust system need to be consistent, compatible, and in accordance with the International Mechanical Code and the American Conference of Governmental Industrial Hygienists. Consequently, laboratory planners and HVAC engineers should collaborate with safety officers and scientists to discuss options prior to material selection.

According to the National Fire Protection Association Standard 45, ductwork from chemical fume hoods and local exhaust systems are to be constructed of noncombustible materials, with few exceptions. Non-metallic exceptions require that the flame-spread index of the material be 25 or less and the smoke generation be 50 or less when tested in accordance with ASTM International Code E84 or ANSI/Underwriters Laboratories Code 723. The following list includes typical materials used in fume hood ductwork and their characteristics:

The need to be meticulous when constructing ductwork and fume hoods for the removal of hazardous exhaust will always be the standard to protect people and the environment. The challenges associated with this work should not extend to finding guidance for the selection of materials and other related requirements for connected ductwork. Considering the characteristics of effluent, as well as the airflow and velocity of exhaust and the impact that these elements will have on materials, is an important baseline to appropriately understand the requisite safety involved.

This article was originally published in Labcompare. 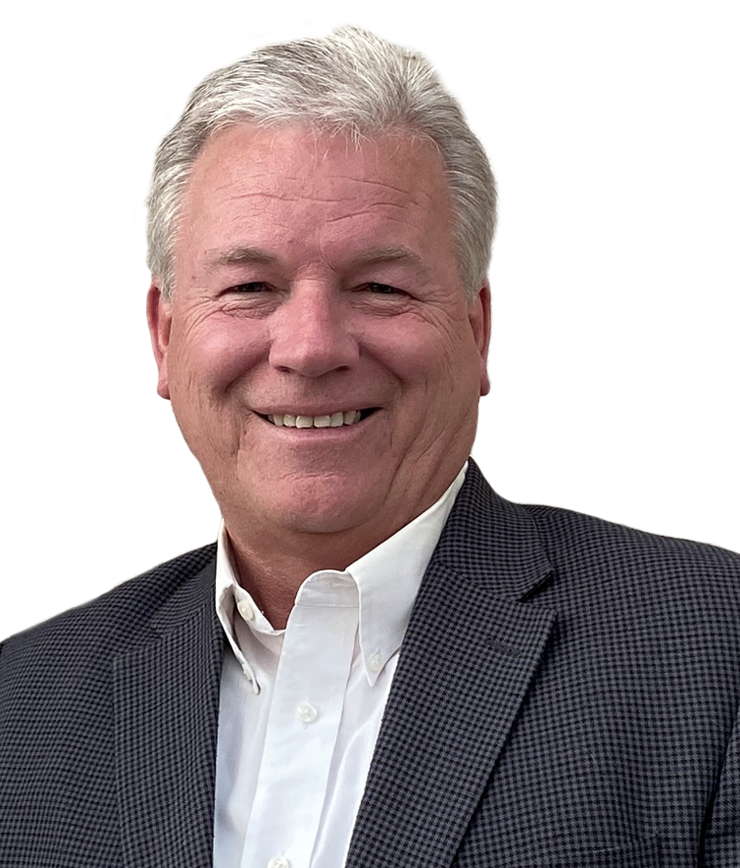 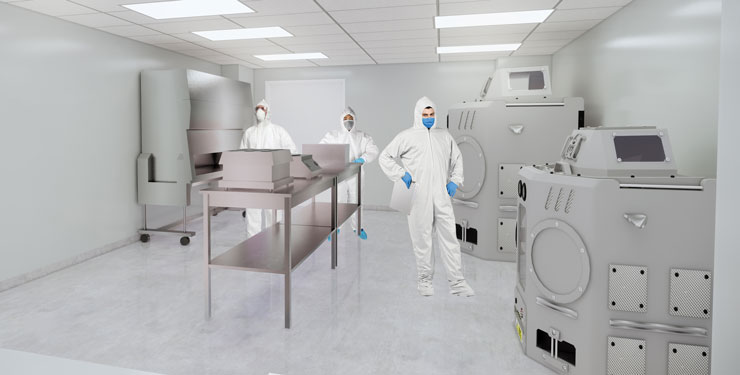 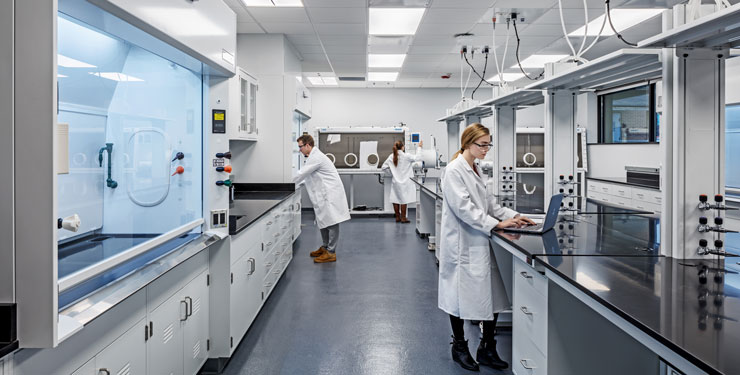 Scott Kreitlein brings 27 years of experience in architectural design, planning some of the most complex science-related projects in the industry. Having worked exclusively in the science and technology field, Scott has utilized his extensive experience and skills in planning and designing a variety of different research-based facilities across the globe. His portfolio reflects experience in research, healthcare, and biomedical projects in a variety of different academic, government, and corporate institutions, inside and outside the U.S.