Why Innovation Needs Its Own Space

Innovation is the lifeline of every growth strategy. So much has been written about the subject that broaching it is likely to elicit an apathetic response; e.g. “we’ve heard it all before.” Yet amid all the theories and philosophies espoused as keys to innovation, one that deserves more exploration is the space where creative thinking takes place. And, this topic is not just about another office. 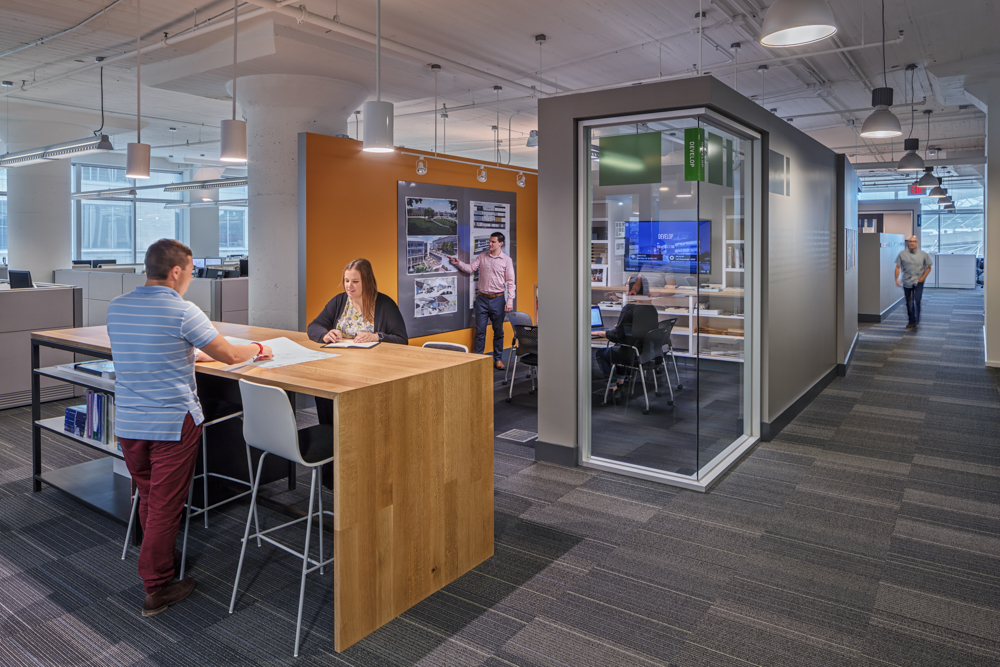 Organizational culture and an environment that encourages a flourishing of creativity are essential for every company, be it a start-up or established, if the goal is to lead by innovation. Every effort to brand itself in that manner involves elements of risk. In this context, the focus needs to be on the environment where risk can be measured without jeopardizing creative instincts.

Start with organizational culture. Companies, particularly long-established ones, usually operate in a default position with a traditional hierarchy that includes levels of upper and middle management. Such systems tend to foster risk-averse attitudes at the highest levels and a dismissive value of new thinking that comes from the lower levels of the hierarchy. Innovation is encouraged, but only if the risk is minimal. Start-ups and high growth ventures justifiably scoff at such restraints, but that does not eliminate their responsibility to measure and mitigate risk.

What does the space in which creative thinking takes place have to do with the holy grail of innovation? Consider the role of the non-traditional environment, the birthplace of successful start-ups. The classic example is Amazon, which began in a garage in 1994. While most young or high growth-oriented companies are not likely to become the next Amazon, they need to understand that innovation is fundamental to whatever success they may achieve. Obviously, non-traditional thinking is necessary for innovation and the same is true for the space where it occurs. 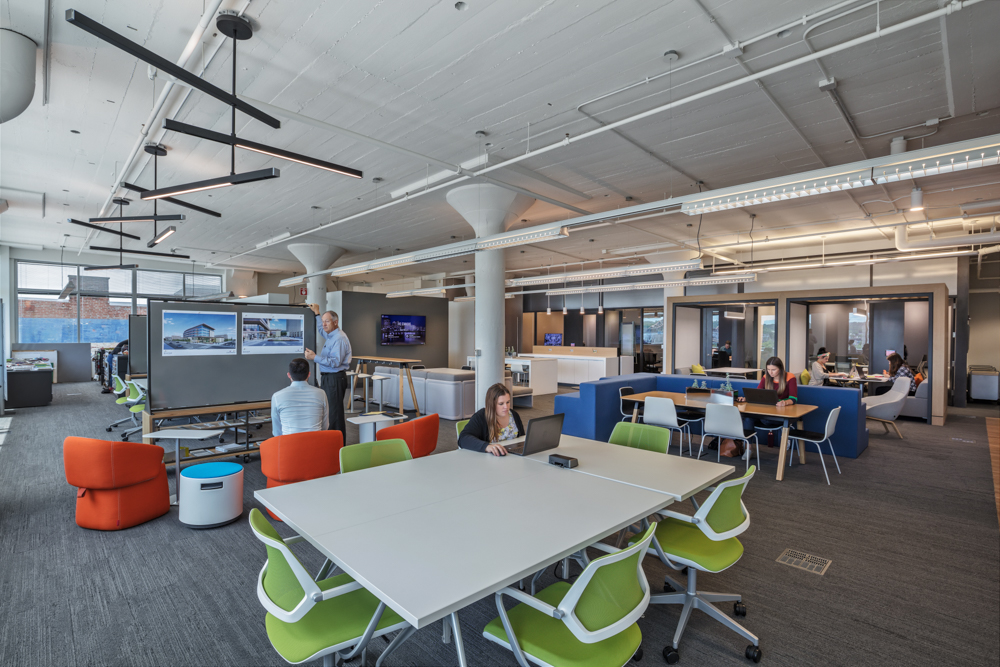 Creativity is stifled in a risk-averse environment, usually in companies that cannot get past memories of failed efforts and apparently, in their view, unacceptable costs. What is needed is a different thought process and the space to encourage it. Here is where design intersects with culture in its ability to create space that generates divergent thinking. Traditional office spaces are sources of distraction and are often antithetical to creative thinking. An environment in which teams recognize and exercise the freedom to think differently is vital for fostering an innovative culture. Consider it an innovation zone that can be located within a company campus or far from it.

In the innovation zone, teams need to be free of unwanted interruptions and focused on creative problem-solving. The classic example is the legendary Lockheed Skunk Works where a small, brilliant engineering team created American’s first jet fighter aircraft, the XP-80, during World War II. According to historical accounts, the team, though located at the Lockheed facility in Burbank, Calif., functioned in a closed area inaccessible to non-team members and separated from the traditional business culture. Two decades later, the Skunk Works team produced the SR 71 Blackbird reconnaissance aircraft.

Today’s innovation zones, unlike the Skunk Works, do not have to be focused on one big idea. Usually, it’s the small steps that tend to yield greater results long-term. However, those in that particular space have to function as a team. One model is the scrum, a rugby term in which players lock arms to move the ball forward. In this case, scrum is applied to a software development team working on a new app. The team is divided into smaller segments that work within a very limited time frame, perhaps two weeks. Under the oversight of a scrum master, the team reassembles, reviews its progress and adjusts accordingly. It should be emphasized that despite all the expertise in creativity and innovation, nothing absolves the team and its leaders from risk management responsibility.

Short time increments are necessitated by today’s rapid pace of technological change and its likely impact on the app’s future in the marketplace. Much like the military’s rapid response team, the scrum should consist of members with wide-ranging skill sets who are adaptable to changing developments in the industry.

The idea is to create a workspace conducive to innovative thinking and free of the perhaps the biggest impediment to creativity: fear of failure. It is not hyperbole to emphasize the importance of creating critical space where design, flexibility for rapid response and a culture that thrives on both intersects. Such space may well be the determining factor of the innovative potential of the enterprise and its future.

Brian’s energetic and passionate personality facilitates a strong connection with his clients and keeps him in tune with their vision, which is key to BHDP’s design strategy. His commitment to front-end strategic engagements allow him to better understand a client’s business drivers, workplace organizational culture and workplace dynamics–ultimately priming a project for success. Brian ensures that this success continues even after a project is finished; he is Prosci Change Management Certified, giving him solid expertise when guiding clients through the workplace change. Brian’s well-rounded qualifications and diverse architectural background guarantee that every project produces long-standing results.