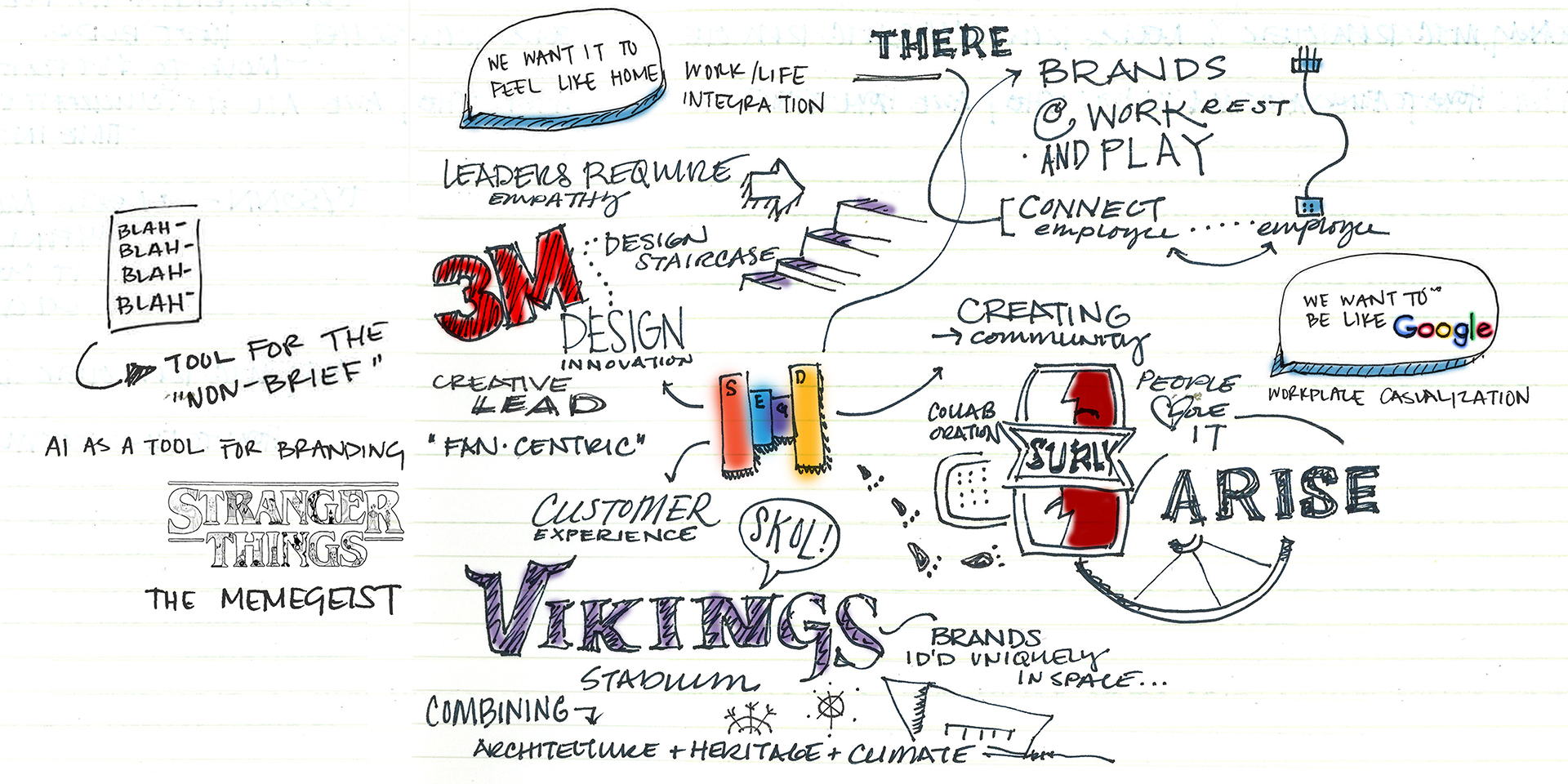 The Society for Experiential Graphic Design, or SEGD, is a diverse “community of professionals who plan, design, and build experiences that connect people to place. SEGD is made up of graphic and information designers, fabricators, architects, exhibition designers, technology integrators, interaction designers, brand strategists, students, wayfinding specialists, teachers, and others who have a hand in shaping content-rich, experiential spaces.” SEGD hosts a conference annually, bringing together professionals in the EGD community to discuss, learn, collaborate, and inspire each other. This gathering is the only of its type, catering specifically to the experiential graphic design community. The three-day event focuses on inspiration and education, with a combination of hands-on workshops, design tours, summits, networking socials, thought leadership sessions and tradeshows.

Each year the conference is in a different city and BHDP has had the opportunity to send delegates for the last five years. This year, Grania and Jessie were granted the opportunity to attend as part of BHDP’s Experiential Graphics team. SEGD Experience Minneapolis, as the conference is titled, took place on June 7th through 9th based in Minneapolis but with tours and sessions all over the Twin Cities.

The conference evolves each year as speakers and moderators are chosen from professionals in the area, as well as lead designers in the EGD field. The culture of the city is captured in both the presentations and tours of prominent landmarks. Every year you can expect to be inspired, talk to top vendors in the country, learn about the new technology advancements in the field, and network with new colleagues. Below are just of few of the takeaways we gathered from our time in Minneapolis.

One of the first speakers was Tanya Dressen, the vice president of the Minnesota Vikings. Tanya was as engaging as she was knowledgeable about her team and the new stadium. The repeated phrase during her presentation was “design decisions were based on our fans;” the stadium really embodies what it means to cultivate a customer-centric experience. For example, the landscaping and public space around the stadium were designed so that families could enjoy picnics in the large, two-block park in front of the stadium while tailgaters could get rowdy in a separate area, allowing both types of fans to feel included in the gameday spirit. The entryway into the stadium celebrates Vikings tradition as well as their consumers with an iconic Viking ship, with the deck made from bricks donated by fans.

The architecture of the stadium had three main considerations: the Scandinavian heritage of the city, the climate of the Twin Cities, and the geographic location of the stadium itself. The design reflects Norwegian ties with strong lines and a sloping roof. The roof slopes front to back and side to side to prevent snow buildup. The shape of the stadium as a whole fits nicely into the skyline of Minneapolis and has become an iconic landmark for the Twin Cities.

Some of the challenges the design team faced when branding the stadium stemmed from logos that had little bearing on football or the average consumer. How do you incorporate multiple non-sports logos into a football stadium? Their solutions proved very unique. One brand sponsored a large public art piece on the grounds outside of the entry. The art represented connectivity and unity in the community, once again considering their gameday patrons’ experience. Another brand sponsored a living wall, with changeable greenery. A third was a beautiful blue chandelier that represented water and connected to the company’s purpose.

Another way the team connected with the community was through a public art program in which local artists were chosen to create galleries throughout the space. The curated areas are enjoyed by fans and reflect the diverse culture in the region with all types and styles of art represented.

One of the tours we had the opportunity to attend was through Surly Brewing’s new taproom and brewing facility. The designer, architect, brewer, and creative director led the tour and each provided unique perspectives on design decisions in the space. The land the brewery was built on was an industrial wasteland, and the brewery hoped to provide a beacon to the Twin Cities community and encourage growth in the area.

The patron tour experience was at the center of the design, which was very unique to a brewery, as each step of your approach was constructed carefully to elicit curiosity and intrigue. Built-in stopping points along the tour made the brewing process front and center but protected brewery production by separating the viewer with butt-glazed glass. As we walked from space to space learning about the history and design decisions within the building, it was evident that this robust experience had been cultivated by a very collaborative team. Each tour guide provided insight and a different perspective.

The exterior landscaping in the back of the brewery was developed to encourage customers to enjoy the different spaces and furniture. The beer garden, as they call it, was very pleasant and promoted a sense of public comfort, with people of all ages being able to enjoy the same space. The intent of the garden was to provide patrons with different experiences at each visit, depending on which area they inhabited or the furniture they utilized.

Prior to the building’s inception, Surly was already a prevalent name in the art community as they hosted open competitions for their beer labels. Each label can be attributed to a different artist and is proudly framed in a gallery in the taproom.

Surly Brewing has become such a landmark that patrons flock to the site daily (on a Thursday afternoon there were plenty of people!). The brewery has encouraged growth in the neighboring area as other breweries and housing developments have popped up nearby. Their unique take on customer experience and attention to detail have successfully and literally connected people to place.

I would be remiss if I didn’t mention our side conversation with Surly’s creative director, Michael Berglund, after the tour. Michael was positively giddy showing us his unique beer menu (a great example of EGD in of itself) and the way he claims he “fell” into the position of creative director (after a great deal of hard work and many years of side design projects). His passion for Surly beer and brand is unmistakable, with his dedication it is no wonder the brewery is growing both in production and popularity.

These are just a few of the creative nuggets we were able to glean during our time at the conference. Overall, the design discussions and successful examples of EGD have pushed us to approach projects and clients with greater enthusiasm. What if we focus on the end-user as much as the client? Can we push our brands to create a more memorable experience? How can we get a design job where we drink beer during the day? 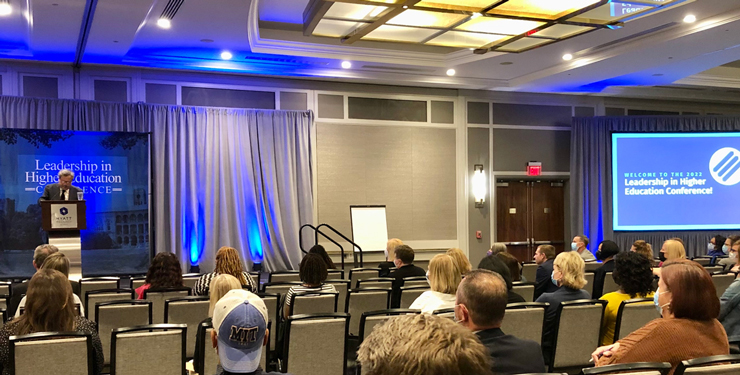 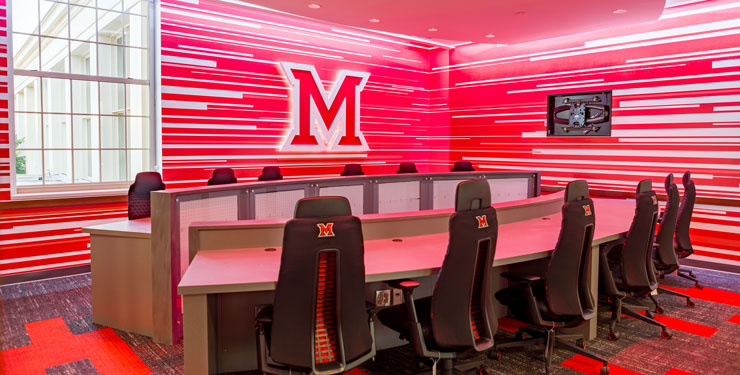